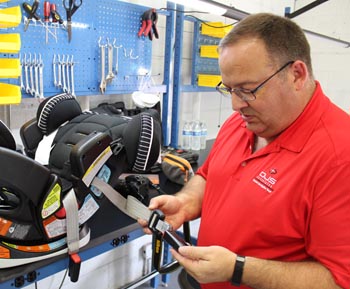 John R. Yannaccone, PE has been an engineer for over 25 years. For over 20 of those years he has worked in the forensic engineering field. The majority of his work has been related to the field of occupant protection, primarily in motor vehicles. Additionally, he has investigated numerous types of mechanical failures of various industrial and consumer products.

During this time, he has been involved in several research projects including a program to improve the safety of occupants in the rear compartment of an ambulance during normal vehicle operations as well as crashes. As part of this program, John was involved in conducting several full-scale ambulance crash tests as well as large numbers of simulated crash tests to evaluate the performance of proposed restraint systems.

John was also involved in the design, testing and development of a seating and restraint system for use in army trucks to provide increased protection to the hazards seen by the military in the field. This work resulted in a patent for the system design. In addition, he has also acted as the test engineer on numerous full-vehicle crash tests conducted in support of litigation.

John has co-authored over 20 peer-reviewed papers that have been published by professional organizations including: 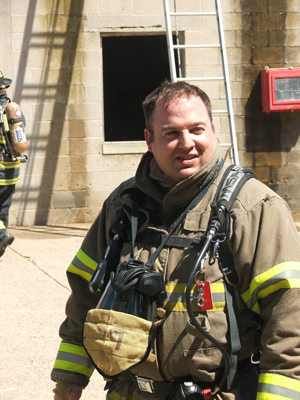 John has been a volunteer firefighter with his local fire company for nearly 10 years.

In addition to the required basic firefighting training, he has taken many additional classes. He holds national certifications as Fire Fighter I and II as well as hazardous materials operations. He is certified as a Basic Vehicle Rescue Technician and has experience extricating crash victims from their vehicles. His training includes classes in both engine and truck firefighting operations as well as rapid intervention team training to be able to rescue other firefighters who have become injured or disoriented in a fire. He is also trained in emergency vehicle operations as a driver for most of the fire company’s apparatus.

John also served as vice president and president of his fire company for several years as well as serving on or chairing several other committees.

He is also a member of the Bucks County Technical Rescue Task Force and has training in structural collapse, trench rescue, confined space rescue, water rescue and rope or high angle rescue.