The Role of the Mechanical Engineer as a Child Seat Expert

When a child occupant is injured in a crash, the mechanical engineer will analyze the physical evidence, determine how the child seat was being used, evaluate the design of the child seat, and the factors contributing to the injuries. 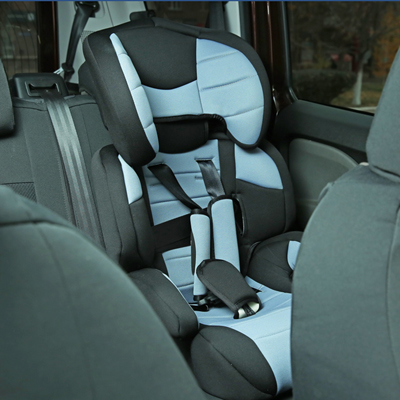 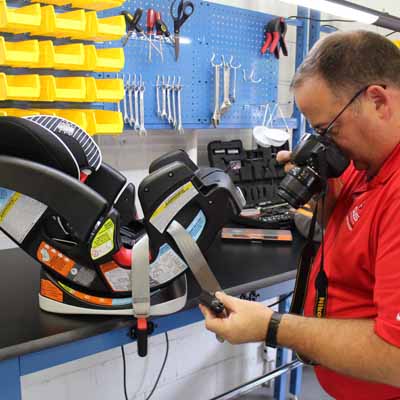 Case Synopsis: A vehicle stopped at a red light was struck from behind by another vehicle. The impacted vehicle had three adult occupants, and a child harnessed into a rear facing infant seat. During the crash, it was reported that the carrier portion of the infant seat (with the child in it) separated from the installed base. As a result, the child and the carrier moved inside the vehicle and the child struck their head and sustained skull fractures with an underlying brain injury. None of the other occupants had any serious injuries.

Expert Analysis: At the time the expert was retained, both vehicles were no longer available; however, there were sufficient photographs for a reconstruction to determine this was a moderate severity collision. The child seat was available for inspection and there were generally no signs of any substantial loading to the base or the carrier, which is consistent with it not being restrained during the crash. There were some areas of minor material deformation in an area that should not have been loaded.

The mother testified she installed the child seat, and the carrier was latched into the base on the day of the incident. She had no idea why the carrier would not have been attached to the base at the time of the collision.

An exemplar child seat, the same design as the one in the crash, was used for an analysis and showed that the carrier was misaligned with the base. It was possible to have the attachment hooks contact the area, not intended for latching, which showed the minor deformation. If this occurred, it would appear to the user that the carrier was latched to the base, and capable of taking the type of loads a parent would apply to verify the base and the carrier were attached; however, it would be unable to carry the loads of even a moderate crash.

By making very minor modifications to the carrier, this additional location where the attachment hooks could improperly attach could have been eliminated. This would leave only the appropriate locations for the hooks to engage thereby preventing the risk of a false latching between the carrier and base from occurring.

Result: A case was pursued against the child seat manufacturer for the design of the child seat, which allowed the carrier to be installed in this improper position such that it was unable to sustain the loads of a crash. The case settled prior to trial.