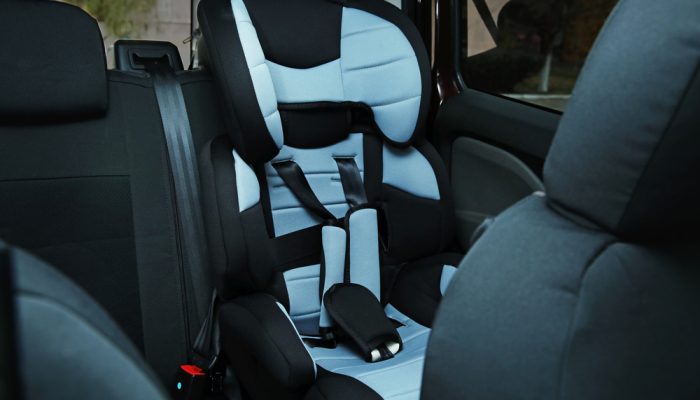 As we approach the spring/summer season, the risk of hyperthermia, also known as heatstroke, returns to threaten young children. Each year, children are left, or trapped in a vehicle, exposing them to elevated temperatures. Tragedies related to children being exposed to high temperatures inside a vehicle have been frequently reported in the news over the last few years, but it is not a new phenomenon.

The cause of high temperatures inside the vehicle is well known; the energy from the sun heats the inside of the vehicle, creating a greenhouse effect. This is commonly experienced when we get into a car that has been sitting in the sun all day.

What is less understood by most people, is how a parent or other adult can forget that their child is in the car.

Frequently, the parents of children who have died report they never thought it would happen to them. In many cases, there was something that interrupted the parent’s daily routine. It could be that mom had an early meeting and dad was responsible for taking the child to daycare that day. Maybe it was a call from the office to deal with a problem that shifted the parent’s focus from the child that morning. Whatever the reason, something distracted them from remembering the child when they reached their destination. Many times, something reminds them they left their child in their car and they return to find the child fine or just shaken. In other cases, the outcome is more tragic.

How can such tragedies be avoided?

There are several ways that can help from high-tech to no-tech.

Several products on the market were designed to help remind parents when there is a child in the car. From a car seat that signals parents when the vehicle stops, and the harness is fastened, to various sensor systems designed to sound an alarm and send a message to a smart phone when a child is left in a child seat.

In 2017, one vehicle manufacturer introduced a vehicle containing a special chime and dash reminder that activates when the car is turned off on the occasion that a rear door had been opened prior to the trip. Lower tech methods include putting something you need in the back-seat area of the car when you put the child in the car. This will serve as a reminder for you to access the rear when you arrive at your destination.

It could be a pocketbook, briefcase or computer bag, or cell phone. Whatever it takes, to remind you a child is on-board. Another option is to set a reminder, or an alarm on your phone, to go off after the anticipated time you should arrive at your destination to remind you that you should have dropped off your child. A high-tech version of string-on-your finger. You could also put a note or object someplace you will see it when leaving the car. I once had a mother tell me she has an old pacifier she clips to her keys when her child is in the car with her.

It is also important to make sure a child cannot become trapped in your vehicle when you are not there. Since 1998, 200 children have died from heatstroke while playing in unattended vehicles. When you park your car, be sure to lock it so children cannot use it as a hiding spot or get into it to play.

If you are a child care provider or day care, establish a plan where parents are called if the child has not arrived by an established time. While they could just be running late or not coming that day, there have been several deaths reported where the parent forgot that they had their child in the car, and they should have dropped them off at daycare on the way to work. A simple phone call could have alerted a parent if they had left their child in the car before it was too late.

For the rest of us not traveling with children, be observant, look at the cars you pass as you walk into work, or are headed into the store, to see if there is a child alone in the car. If so, don’t just assume the parent is coming right back, stop and check, or call 911 for help. It just might save a life.