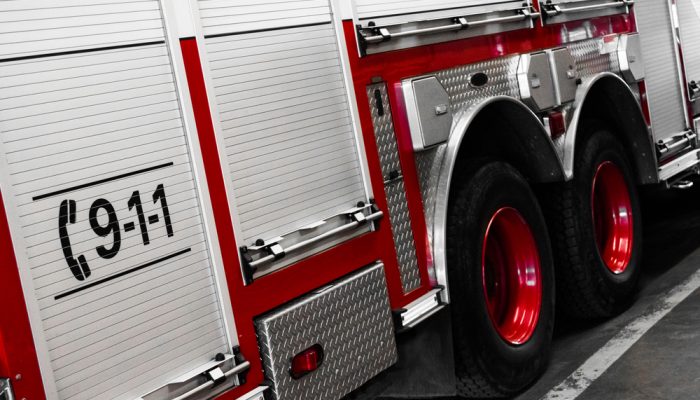 Expert Analysis: Inspection of the vehicle revealed the steps were mounted to the side of the engine with four bolts that extend through the sheet metal and into the storage compartments. The bolts were fastened to the sheet metal with large flat washers and nuts on the inside of the compartment. During the inspection, several different combinations of mounting hardware were found to be in use attaching the various steps to the engine. These included flat washers with non-locking and locking nuts. In some cases, in addition to the flat washers, there were lock washers also in place. These were used both with locking and non-locking nuts. The specific hardware used to secure the dislodged step could not be identified, as only the bolts were recovered. The nuts or washers used on the two dislodged screws were not found. It was hypothesized that the hardware for the dislodged screws did not incorporate any adequate locking features, and subsequently allowed the nuts to loosen over time and eventually separate from the bolt. When the step was loaded by the weight of the firefighter, it dislodged causing him to lose his footing and fall.

It was also determined that work was performed by several parties after the engine was placed in service and likely included removal and re-attachment of the steps at issue in this incident.

In addition to the issues with the mounting hardware, it was also noted that the engine did not incorporate any handrail or grab bars in the area where the fall occurred. This resulted in the inability to maintain three points of contact with the vehicle while climbing the steps on the engine. Adequate grab handles to maintain three points of contact are required by the National Fire Protection Association (NFPA) 1901, Standard for Automotive Fire Apparatus.

Result: A settlement was reached with all defendants in this case.