The airbag expert witness evaluates the design and deployment of airbag systems relative to the crash and the protection provided to the occupant. 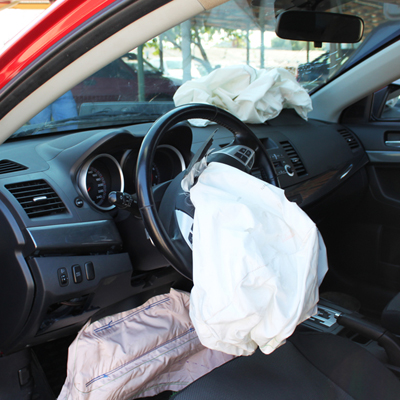 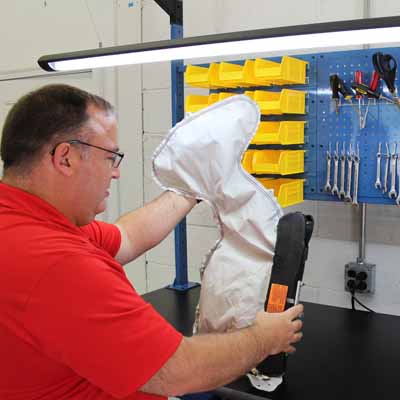 Case Synopsis: A man and his nephew were traveling along a divided highway. They wanted to head in the opposite direction, and began making a U-turn at a paved area connecting the opposing direction. Immediately after making the U-turn, the vehicle went off the right side of the roadway, impacted a tree, overturned, and killed both occupants. A witness traveling in the opposite direction reported seeing large white objects in the windshield of the vehicle before it departed the roadway and struck the tree.

Expert Analysis: Inspection of the vehicle revealed both the driver’s and right front airbags were deployed. Based on a review of medical records for the occupants, they had injuries consistent with occupants who were not protected by airbags during the frontal impact. While the vehicle pre-dated the ability for investigators to retrieve crash data from the event data recorder, the vehicle manufacturer, working with the airbag system controller manufacturer, was able to retrieve data from the vehicle. This data showed the vehicle’s airbags deployed and then, several seconds later, the vehicle experienced a frontal impact. The retrieved data supported the witness’s account of seeing large white objects through the windshield prior to the car departing the roadway.

Working backwards from the impact with the tree, it was approximated the airbags deployed as the vehicle was making the U-turn. Review of scene photographs showed evidence of a vehicle driving through the dirt on the edge of the roadway at the crossover. It was also documented that there was a drop-off of several inches from the roadway to the dirt resulting from several vehicles driving off the edge of the road while using this crossover.

Review of discovery from the vehicle manufacturer revealed they had a requirement to test airbag control modules to verify vertical acceleration, such as those experienced when hitting a pothole or driving off the edge of a roadway, would not result in deployment of the airbags. It was further learned the vehicle manufacturer had granted a waiver to this requirement on this model vehicle in order to get the airbags into the vehicle earlier than if the testing was required.

It was theorized that while making the U-turn, one wheel of the vehicle dropped off the edge of the pavement into a depressed area, resulting in a vertical acceleration on the vehicle. It was further hypothesized the airbag controller sensed this vertical acceleration, and deployed the airbags. This airbag deployment caused the driver to lose control of the vehicle and exit the roadway. Furthermore, since the airbags had deployed while making the U-turn, they were expended prior to the frontal impact and did not offer the occupant protection when they were actually needed for crash protection.

Result: Prior to conducting the testing of the airbag controllers, a settlement was reached with all defendants.